Toward an International Academic Career

Mihoko Sakurai, Sylff fellow at Keio University’s Shonan Fujisawa Campus in 2013, is currently a senior research fellow and associate professor at the Center for Global Communications (GLOCOM) of the International University of Japan. She is dedicated to helping build a more sustainable society through her research on resilient information systems. While receiving a Sylff fellowship at Keio University, she applied for and received an SRA award to study abroad at the University of Georgia in the United States. This experience strengthened her desire to pursue a research career from an international perspective. This is the story about her international academic career started from the SRA award.

My Journey from the United States to Norway

Several months after living in Athens, Georgia (United States), for around six months in total, during which my living expenses were partially covered by the Sylff Research Abroad (SRA) program, I finished writing my doctoral dissertation. I received a PhD in 2015 from the Graduate School of Media and Governance, Keio University. 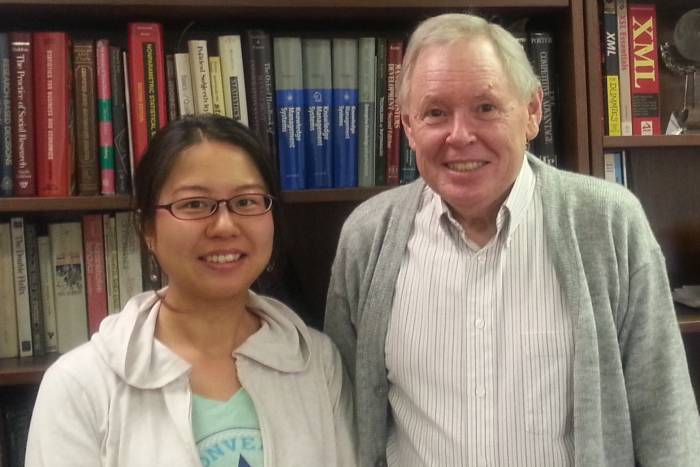 My experience in the United States eventually took me on a wonderful journey. In summer 2014, I was at the University of Georgia (UGA) having a chat with my supervisor, Professor Richard T. Watson (Rick), on the way back to the office from his lecture. In the morning of the same day, he told me about a job opening at the University of Agder (UiA) in Norway. The university was offering a postdoctoral research fellow position in the area of information systems and disaster management. The description of the position fit well with my background, and Rick knew people well in that university.

The journey to the United States had already been something big to me, since it was my first time staying abroad for an extended period. I had not thought about working abroad after my stay at UGA. At the same time, however, my eyes had gradually opened during those months. I found that a university is a very international place, something that I did not feel much when I was at Keio. My curiosity was expanding. I started dreaming of having more international experiences at the beginning of my academic career. I decided to apply for the position. 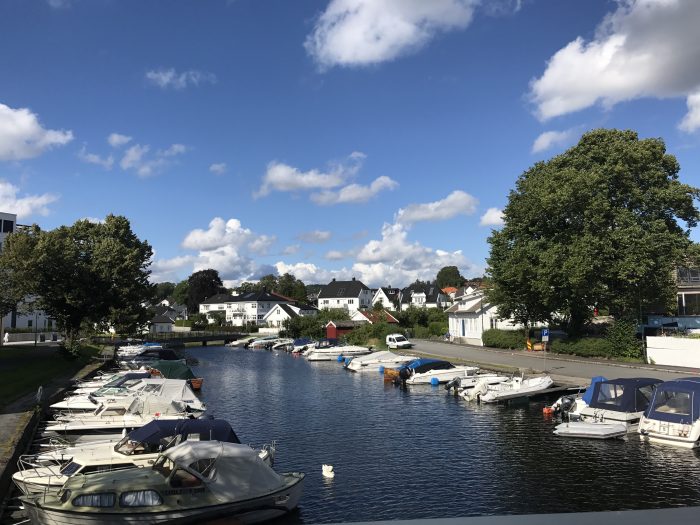 One year later, in summer 2015, I flew to Kristiansand, a beautiful town in southern Norway. I was given a two-year position at UiA, where I ultimately worked for three years. It was indeed a wonderful and exceptional journey.

There are only a few so-called universities in Norway. On the other hand, there are many institutions called university colleges. The merger of university colleges was advanced as a national policy over the past decade plus, and UiA was founded by merging several regional university colleges in 2007. UiA has about 10,000 students and about 1,000 people working as academic and administrative staff. There are six faculties, and I belonged to the Department of Information Systems of the Faculty of Social Sciences. The department employed around 20 people, including PhD students; a PhD student is a paid job in Norway, which is an extremely good environment compared to the Japanese context.

The Research Environment in Norway

Universities in Norway are differentiated from university colleges in that they have PhD courses and focus on international-level research. The Research Council of Norway releases annual rankings of academic conferences and journals. Each publication is scored in these rankings, and each department reports the points earned by its academic staff to the university every year. These results indirectly affect budget allocations within the university. Individual research funding can be obtained according to the points. I was surprised to learn that Norwegian universities organize research activities in such a systematic way. Each department has research groups and collaborates not only with internal researchers but also quite actively with external researchers. 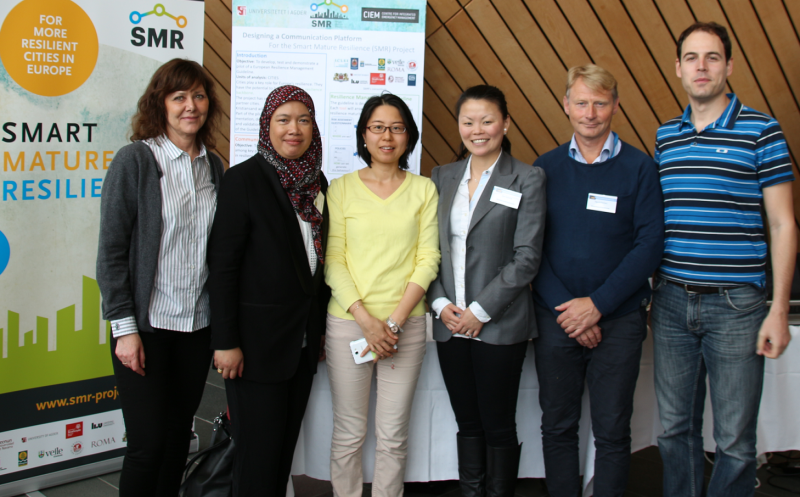 Members of the EU project and staff of the Kristiansand city office.

In my case, my research activities were based on a large-scale research project funded by the European Commission, a multinational version of Japan’s Grants-in-Aid for Scientific Research (KAKENHI). The project was called Smart Mature Resilience, or SMR for short. It received a total of 4.6 million euros in funding over three years. The participants comprised four universities, seven local governments, and two nonprofit organizations from eight countries in the European Union. The competition was intense, as only 10 percent of proposals were accepted. I was fortunate to join the project.

The project was very ambitious, having as its main aim the creation of universal knowledge by people from different countries based on research activities. Collaboration with practitioners was strongly encouraged. Even within Europe, there are diverse historical and cultural backgrounds, and different customs mean different languages. I found that it was not easy to have a common awareness. While meetings were regularly held by web conference, there were opportunities for project members to gather once every few months in consortium member countries: Spain, Norway, Britain, Sween, Germany, Latvia, Italy, and Denmark. The budget for travel expenses was huge, which I understand is one of the project’s uniqueness, enhancing collaboration between people of different backgrounds. From an efficiency point of view, it may be better to focus only on domestic projects, as this would make it easier to create a common understanding of the subject. But international projects have special benefits not found in domestic projects, and all things were priceless experiences for me.

There is another collaboration network called the European Research Center for Information Systems (ERCIS). Twenty-two countries from all continents, including Australia and the United States, participate in the inter-university network on information systems research. Only one university can participate from each country, and UiA represents Norway. A workshop is held once a year, and this network provides a platform to generate proposals for research funding including EU projects.

After moving to Norway, I continued writing papers with Rick. Our aim is to elaborate the notion of resilience under the context of disaster and information systems. We used the concept of capital, which Rick has been studying for many years, as an analysis lens in revealing how information systems and their surroundings (including people) recovered after the Great East Japan Earthquake of March 2011. For my dissertation, I proposed a framework for “Frugal Information Systems” as a means of achieving a resilient society. In the capital paper, we submitted practical insights on how to make information systems more frugal and resilient. We used different types of capital in this context: economic, human, social, organizational, and symbolic. Our initial idea was presented in the International Hawaii Conference on System Sciences (HICSS) in 2016 and awarded as the best paper under the digital government research track. The paper reports three cases from the field survey on the earthquake and shows how each capital interacted with the others and formed a recovery process after the devastating earthquake and tsunami. We are currently elaborating this paper and trying to submit it to the top-tier journal in the information systems research domain.

While working on the earthquake, I had been involved in a large-scale EU research project called SMR, as discussed above. The overall purpose was to develop, test, and demonstrate a pilot version of the European Resilience[1] Management Guideline. The guideline comprises five tools to promote city resilience: the Resilience Maturity Model, Risk Systemicity Questionnaire, Resilience Building Policies, City Resilience Dynamics Model, and Resilience Information Portal. Each tool can guide cities to achieve high-level resilience maturity in different ways. I was mainly involved in the development of the Resilience Information Portal. The portal aims to create a collaborative environment among key partners (first responders and citizens) in resilience building activities. We developed the prototype of the portal and a standardization document that can be used by non-project members in creating such a portal. After a three-year project period, three series of standardization documents were developed. Five tools are available online.

Looking Back on My Output in the Past Three Years

During my three years in Norway, I produced two journal publications and eleven conference papers. It was indeed a very productive period. I may have worked too much. I also had the opportunity to co-teach three courses and offer several guest lectures to Norwegian students, which gave me great teaching experiences. I met wonderful people from all over the world through international conferences, the SMR project, and a researchers’ network centered around UiA. I am grateful for the environment and know this is not something that is available to everyone who wants it.

I hope that my story about this journey that began in the United States can give insights to those who aspire to develop an international career. I felt strong anxiety in my first year in Norway, but a colleague of mine encouraged me by saying, “Take it easy, have fun!” I always remember this comment when I feel any fear.

As a concluding remark, I would like to thank the Sylff Association for supporting me in my journey toward a wonderful academic career. 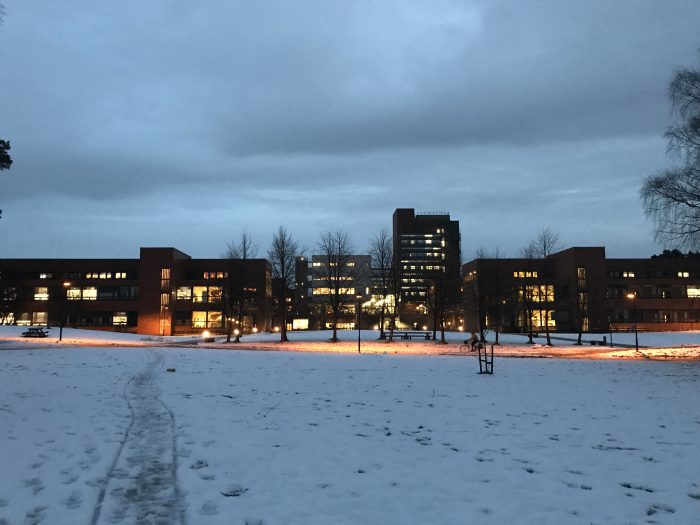 [1] The ability of a system, community, or society exposed to hazards to resist, absorb, accommodate to, and recover from the effects of a hazard in a timely and efficient manner, including through the preservation and restoration of its essential basic structures and functions. (2009 UNISDR Terminology on Disaster Risk Reduction)

Mihoko Sakurai is Associate Professor at the Global Communication Center in the International University of Japan. Her academic background is
Information Systems and Policy Design. She received her Ph.D. from the Keio University’s Graduate School of Media and Governance in Japan. She has studied effective ways of using Information Communication Technology in Japan’s municipal governments. After the devastating Great East Japan Earthquake in 2011, she conducted field research and designed information
systems to enhance the handling of future and unexpected disasters, especially for municipalities which have to deliver disaster relief operations to their residents. Currently she is working on the notion of resilience, case studies of smart city in Japan and how information systems can support it. Before joining the International University of Japan, she had worked for the University of Agder in Norway. Her works related to the earthquake won the Best paper award at ITU Kaleidoscope conference (2013) and HICSS (2016). Her works has also been published in IEEE communications
magazine, IJISCRAM (International Journal of Information Systems for Crisis Response and Management) and CAIS (Communication of the Association for Information Systems).