Program Report on the LANS Meeting

In November 2018, a Local Association Networking Support (LANS) event was held at El Colegio de México (Colmex) with 10 Sylff fellows from the institution. In addition, two Sylff fellows from Colmex who now live abroad participated in the discussions via video conference. Also held concurrently at Colmex was “SIMPOSIO INTERNACIONAL: MUJERES POR LA IGUALDAD, LA LIBERACIÓN Y EL EMPODERAMIENTO EN MÉXICO Y JAPÓN, 1888–2018 (International Symposium: Women for Equality, Liberation, and Empowerment in Mexico and Japan),” . Thus, there was a good incentive for graduated Sylff fellows to visit their alma mater. The discussions at the LANS meeting centered on reactivating the local Sylff chapter in Mexico and encouraging networking among Sylff fellows. From the Sylff Association Secretariat, Mari Suzuki and Aya Oyamada attended the event.

In the presence of officers of the Sylff Association Secretariat, Colmex authorities and Sylff fellows gathered on November 22, 2018, in an attempt to reactivate the Sylff chapter in Mexico. We had participants from both Mexico and abroad thanks to the support of the LANS program.

During the first part of the meeting, fellows briefly introduced themselves, and Aya Oyamada explained to them the different support programs that the Sylff Association offered, such as Sylff Research Abroad (SRA), Sylff Leadership Initiative (SLI), and Sylff Leaders Workshop, among others. The participants showed an interest in the programs, and some of them expressed their gratitude for the support they received.

In the second part of the meeting, Ms. Alejandra González, a 2015 Sylff fellow who is currently head of the Academic Exchange Office and is involved in the management of the Colmex Sylff program, shared some of the participants’ thoughts and expectations for the meeting. Here are some of their opinions as to why a local association network is needed: 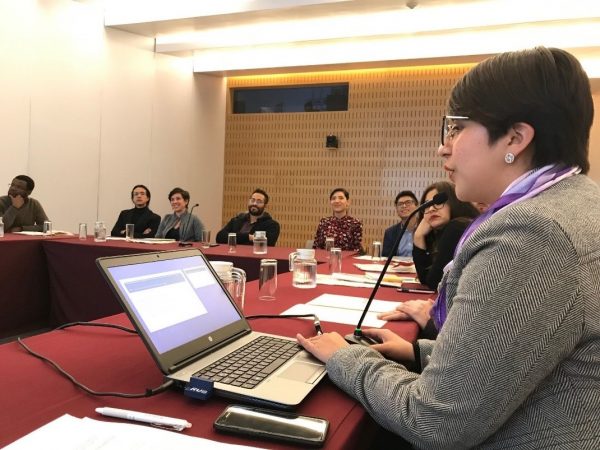 Reactivation of the Sylff Chapter in Mexico: Academic Projects with Social Impact

During the discussion on future actions for the reactivation of the Sylff chapter in Mexico, participants shared several ideas regarding the purposes and possible projects of the local chapter. Given that all fellows were or are graduate students, we agreed that all projects should have an academic basis in each of the fields that we specialize in. However, we also stated that such projects should have a strong social outreach element, especially after the experience of some of the fellows in the aftermath of the earthquake in Mexico City on September 19, 2017. Ms. Marcela Méndez said, “[We need] common objectives and a strong will to bring a change in Mexico and abroad; but we should start with an initiative with impact in our community.” Ms. Laura Ballén noted that Sylff fellows must “choose topics that suit most of our research fields, such as migration and violence; in order to know our research interests, we should define a way to communicate and share information using technology,” while Ms. Mariana Iglesias supported the idea of “nurturing research from different perspectives so that we might start thinking about what to do with our ideas and set a possible calendar with follow-up meetings.” Mr. Saúl Espino suggested “combining perspectives and trying to achieve social impact,” and Mr. Erick Serna strongly supported the idea. Mr. Amaury García, director of the Center for Asian and African Studies at Colmex and a guest at the meeting, stressed, “The local association needs fluent communication, support of the programs from Colmex authorities, and to find a way, a mechanism, for the association to work.” Ms. Alejandra González said, “The Academic Exchange Office might serve as a liaison between the Sylff Association Secretariat in Japan and the Sylff fellows, as well as a coordinator for future projects.” 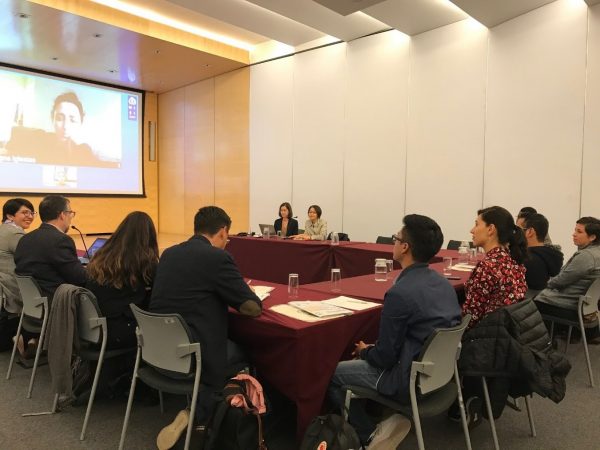 In a brief presentation, Ms. Fernanda Herrera talked about Colmex’s response to the September 2017 Mexico Earthquake and how important the help of the Tokyo Foundation for Policy Research was during this crisis. After the presentation, Sylff fellows understood the importance of a strong local association and how things would have been different if they knew before the tragedy.

Sylff fellows agreed that before launching any project, they should get to know one another and establish a channel of communication. For this purpose, a Facebook group was created under the name “Sylff Mexico” with an eye to the next meeting. After taking this first step, fellows understood the potential of their interdisciplinary knowledge to push forward a project with direct social influence. This is a great opportunity to work with bright and excellent fellows with a human quality—leaders from different backgrounds with the same goal of constructing a better society. Ms. Oyamada suggested fellows to “apply for the Sylff Leadership Initiatives as a group of Sylff fellows if you aim for social impact.” Ms. Mari Suzuki also said, “The aim of Local Association Networking Support is to encourage networking among Sylff fellows from the same Sylff institution. The Secretariat hopes to hold a fellow meeting annually, inviting more fellows from distant cities with the support of LANS. By having face-to-face meetings regularly, ideas for collaborative research and social action will gradually prosper.”

Conclusion: In order for the local association to work, there must be fluent communication among the fellows. After stable communication has been established, fellows should suggest possible projects to work in the community and strive to achieve their goal.

From 2013 to 2015, she was project coordinator and head of the offices of the Mexican Federation of University Women, as well as assistant to the executive president and the international vice president. She was was awarded a scholarship from the Indonesian Embassy in Mexico to make an exchange to Indonesia (2012), a scholarship from the state government of Colima to make an exchange to South Korea (2010), and the "BBVA Bancomer Foundation Award for the Excellence Colmex" for two consecutive semesters in 2016 (January-June, August-December). She has participated in various seminars, congresses, and conventions. His academic interests include contemporary political history in Myanmar / Burma, Indonesia and the Philippines, gender and religion in Southeast Asia.